Join our email list to stay connected
to all the upcoming Artown events! 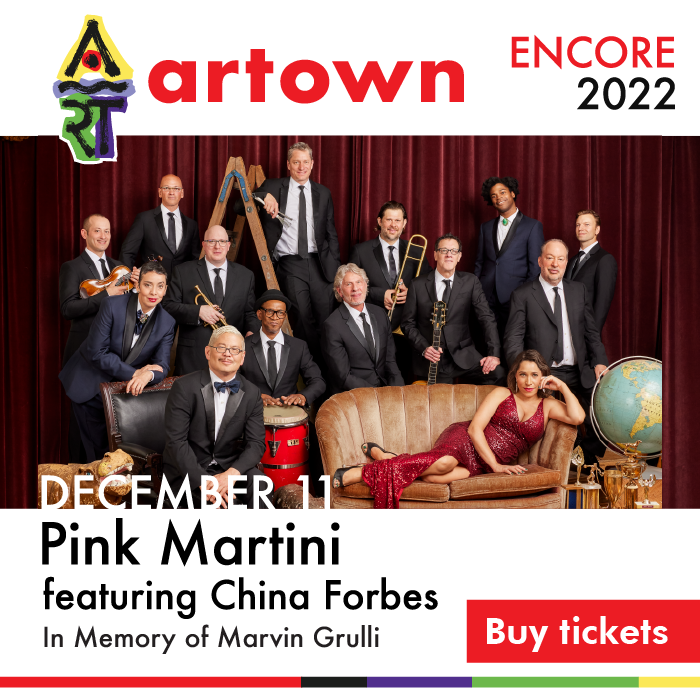 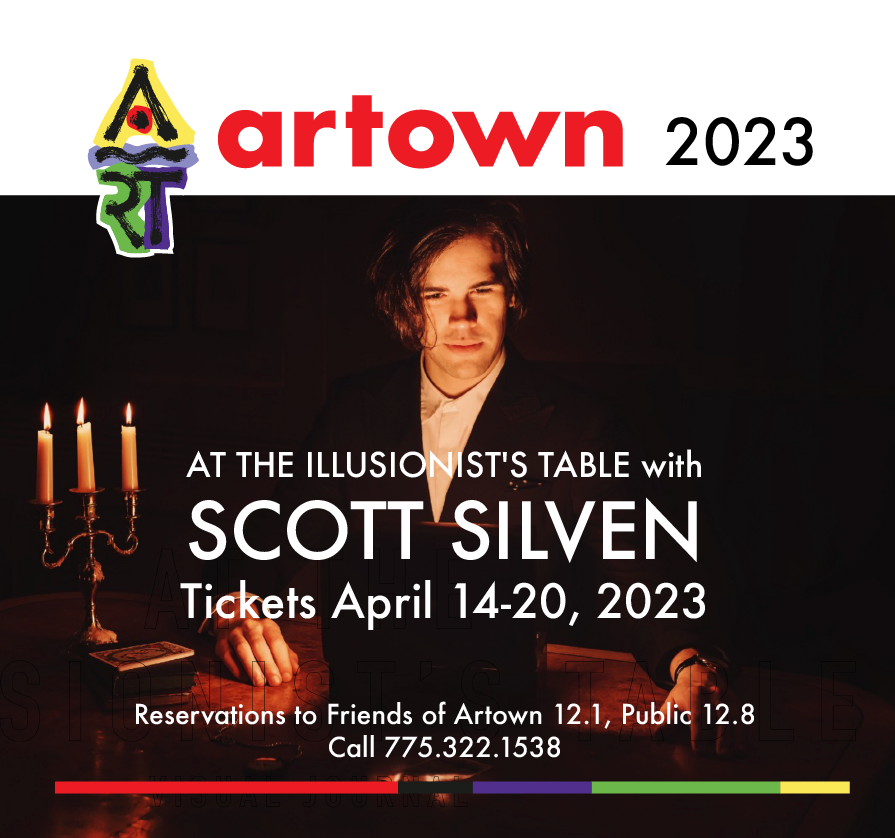 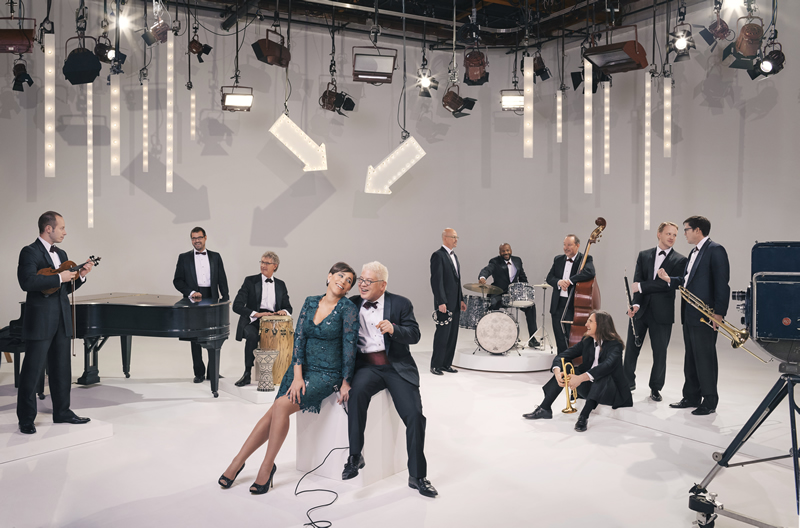 “PINK MARTINI IS A ROLLICKING AROUND-THE-WORLD MUSICAL ADVENTURE… IF THE UNITED NATIONS HAD A HOUSE BAND IN 1962, HOPEFULLY WE’D BE THAT BAND.”
– THOMAS LAUDERDALE, BANDLEADER/PIANIST

Drawing inspiration from music from all over the world – crossing genres of classical, jazz, and old-fashioned pop – Thomas Lauderdale founded Pink Martini in 1994 to provide more beautiful and inclusive musical soundtracks for political fundraisers for causes such as civil rights, affordable housing, the environment, libraries, public broadcasting, education and parks.

Twenty years later, Pink Martini still tours the world, singing in 22 languages at opera houses, concert halls, film festivals, museums, and fashion shows.   In 2014, Pink Martini was inducted into both the Hollywood Bowl Hall of Fame and the Oregon Music Hall of Fame.

Tickets for Pink Martini are available to the general public now at: https://www.ticketmaster.com/event/17005CFABFBF3F38 Note: To avoid online fees, tickets may be purchased in person at the Grand Theatre Box Office, or by calling 775.789.1115. 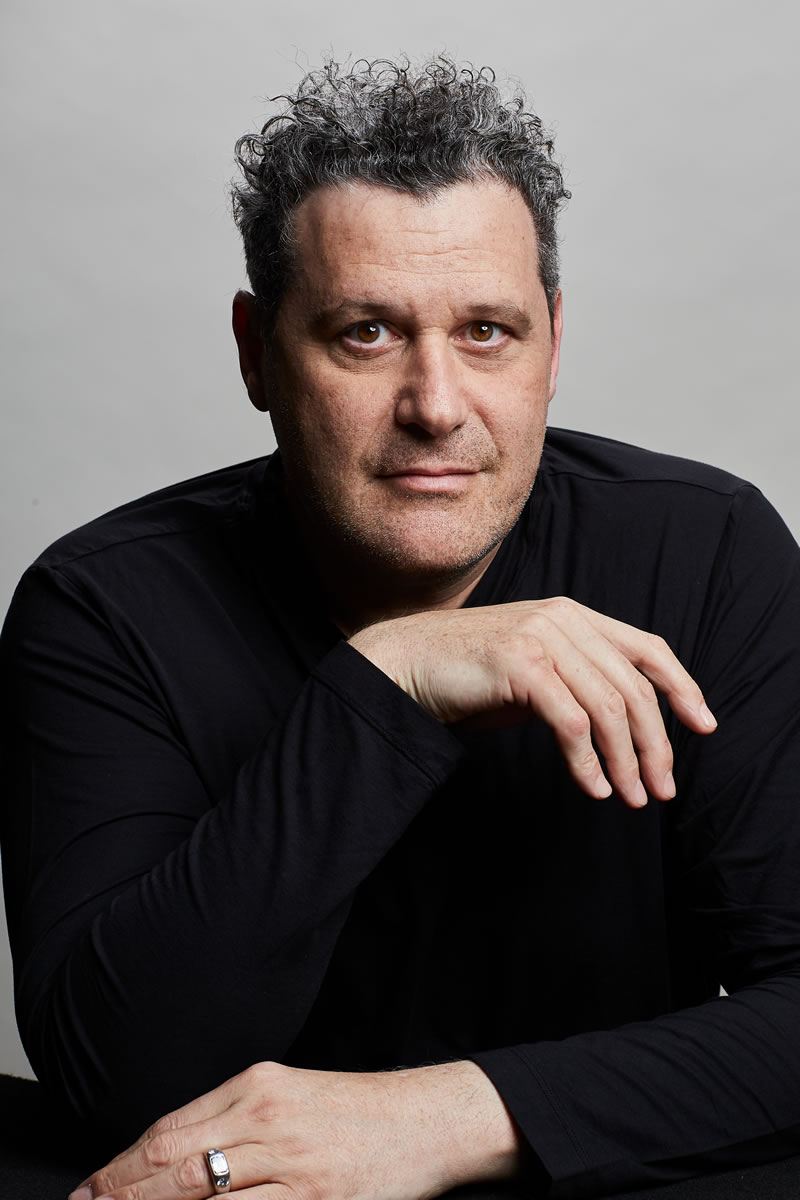 Don’t miss Isaac’s long-awaited return to live performance at the Eldorado Showroom on March 7 & 8 at 7:30pm! Accompanied by his six-piece band, Isaac will perform a catalog of specially selected songs, while sharing his hilarious musings on everything in his glorious world. Tickets range from just $35-$70 and are available at artown.org.

On Tuesday, March 7, 9:30PM, immediately following Isaac Mizrahi’s performance, join Isaac at an exclusive gathering and once-in-a-lifetime opportunity for 100 lucky guests to meet and chat with this incredible fashion icon and cabaret artist. A specially bundled show ticket + VIP Meet and Greet Reception premium package is now available at artown.org for $190. 20% of the reception proceeds will benefit Our Center. The reception will take place at NoVi, located in the Eldorado Hotel.

All guests at the reception will receive an autographed copy of Mr. Mizrahi’s memoir titled, I.M.  Mizrahi’s memoir is a recounting of the extraordinary life and work of a wonderful person who has climbed the jungle gym of life, met amazingly interesting people, endured many obstacles, and found himself back where he started: in the theater.

Don’t wait to join the party. Get your show tickets and VIP Meet and Greet Reception tickets today and be dazzled!

See you at the Theater!

Isaac Mizrahi has worked extensively in the entertainment industry as an actor, host, writer, designer and producer for over 30 years. He is the subject and co-creator of Unzipped, a documentary following the making of his Fall 1994 collection which received an award at the Sundance Film Festival. He hosted his own television talk show The Isaac Mizrahi Show for seven years, has written two books, and has made countless appearances in movies and on television. He currently serves as a judge on Project Runway: All-Stars.

He is Chief Designer for the Isaac Mizrahi brands, a division of Xcel Brands, Inc.  In 2009, Mizrahi launched his lifestyle collection, “ISAACMIZRAHILIVE!” on QVC. His IMNYC collection is currently sold at Lord & Taylor and Hudson’s Bay Company.

Mizrahi has directed productions of A Little Night Music and The Magic Flute for the Opera Theatre of St. Louis. Annually, he directs and narrates his production of the children’s classic Peter and The Wolf at The Guggenheim Museum in New York. He has performed cabaret at Café Carlyle, Joe’s Pub, West Bank Café and City Winery locations across the country.

Mizrahi has his own production company, Isaac Mizrahi Entertainment, under which he has several projects in development in television, theatre, and literature. His memoir, I.M., was published in February 2019.

“Mr. Mizrahi isn’t interested in evoking the misty-eyed nostalgia of swooning to the old songs while holding hands, sipping Champagne, and shedding a tear. Like so many other alt.cabaret performers, he is determined to challenge the cultural status quo and help blaze a path into a more liberated future where few subjects are off-limits…

Vocally, Mr. Mizrahi belongs to a brassy show business tradition running from Ethel Merman to Harvey Fierstein and including Liza Minnelli, who in her prime, he observed, could make an entrance like nobody else.”
The New York Times

“Isaac Mizrahi’s Cabaret Act Is the Hottest Ticket at New York Fashion Week...he is first and foremost a tastemaker who isn’t afraid to be bold—while still displaying a hint of vulnerability”
Vogue

“Mizrahi is the real deal when it comes to cabaret: He's charming, he sounds great, and he is seriously funny.”
TheaterMania

“His ability to take an audience into his confidence is simple and unforced, even with the charged personality he brings to the stage.”
Theater Pizzazz

“Mizrahi's jazzy performance was confident and sultry, a far cry from his self-deprecating stories. From start to finish, Mizrahi filled the room with both uncontained gaiety and a sense that we all share some of the same fundamental anxieties, even if it's as seemingly banal as worrying about the side effects of prescription drugs. And, in a time when many are uncertain if we're going to make it after all, is there anything more important than that?”
BroadwayWorld

“Mizrahi stage chat was delightfully uncensored on all manner of taboo subjects…when Mizrahi challenges himself, he has some impressively huge notes waiting to burst out.”
Metrosource

“Mizrahi exudes irreverence and charm – or is that charming irreverence? He engages with the audience in a wry, conspiratorial manner that opens up the floor to the “safe space” of his creation. Mizrahi’s voice is solid and pleasing, but he is not up there to be Howard Keel or the great Caruso. This is not to damn him with faint praise. The point is authenticity. The music is a vehicle for his humor, and his attitude a vehicle for the music. His attitude is infectious; his style improvisational. As a cabaret performer, Isaac Mizrahi is sui generis – and loads of fun.”
Front Row Center

“… his voice is solid, if not dynamic. That voice, however, has gotten much stronger as he realizes he has nothing to prove. When the music blends with his riotous interludes, he strikes gold…Mizrahi is the tipsy seasoned queen at a dinner party beckoning everyone to the piano for naughty stories and songs…”
Theater Pizzazz

Travel down the rabbit hole MOMIX-style with Pendleton’s newest creation, ALICE, inspired by Lewis Carroll’s classic Alice in Wonderland. “I don’t intend to retell the whole Alice story,” Pendleton says, “but to use it as a taking off point for invention.” Full of imagery, the ALICE story lets the imagination run and play with the fusion of dancing, lighting, music, costumes, and projected imagery; audiences will be taken on a journey that is magical, mysterious, fun, eccentric and much more. A feast of visual splendor and creative movement, ALICE reveals that nothing in MOMIX’s world is as it seems.

AT THE ILLUSIONIST'S TABLE 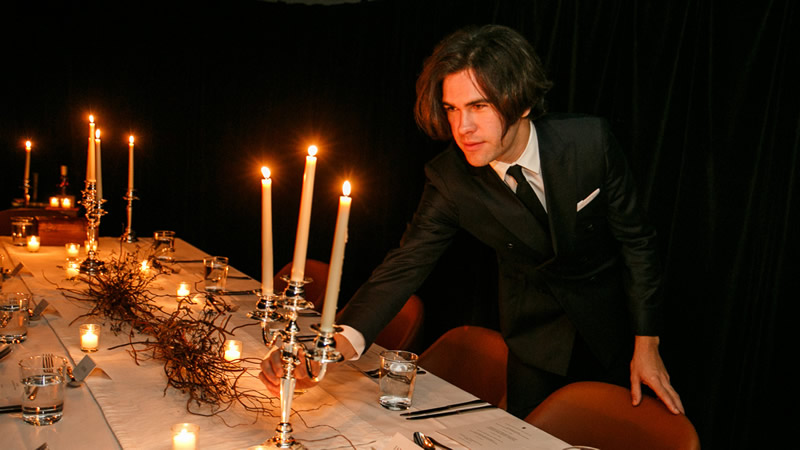 Candles flicker. Whisky pours. Conversation stirs. Before the night is over you will have encountered the impossible. At the Illusionist’s Table is an unforgettable sensory experience which includes an intimate 3-course gourmet dinner (by Chef Mark Estee) with only 24 guests--plus whisky tasting! Mesmerizing mentalist Scott Silven unravels mysteries and YOU become part of a story from Silven’s past that will inspire the present and affect the future. Your seat at the table awaits…