Artown started in 1996 as a way to counteract suburban flight and revitalize downtown Reno by getting more people to visit the city center. An arts themed festival was created through the efforts of civic leaders, business people, and the arts community.
With a combination of free and ticketed events, the first Artown was just three weeks and attracted an estimated 300,000 participants. Growing rapidly from its initial success, Artown today is a major annual production lasting throughout the month of July. In addition to local and regional talent, internationally known artists regularly perform at Artown.
Here’s a look at Artown's past.
2020 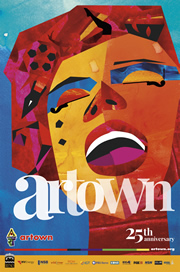 In 2020 Artown presented a very different festival season due to the Covid-19 pandemic. Through our Heartown campaign, we asked our community to show us their heart through their art, in creative projects that the whole family could participate in and enjoy from their homes, offices and workplaces. Artown stayed mission focused and was able to program virtually, and uplift the arts in new and exciting ways. In 2020 Artown generated: $154,000 in Covid-19 Relief funding; $323,000 in in-kind support; $2.3 million dollars in media impact; grew YouTube followers by 400%; 97.4 million media impressions; 1.000 art kits delivered to community organizations; $30,000+ in artist grants and commissions and paid $45,000+ in virtual artist performance fees. Most importantly, Artown 2020 gave our community hope and inspired us all to look forward to a time when can all gather together to celebrate the arts, in all its forms.
Download Artown 2020 Final Report
2019

The July 2018 festival once again exceeded our community’s expectations! Opening Night showcased the spectacle dance troupe BANDALOOP, who rappelled off the side of Reno's City Hall building and danced on this vertical stage for two spectacular performances. Opening night also featured the legendary band Los Lobos, who thrilled crowds of thousands with their celebrated compositions. Our weekly Cultural Connections series featured Ranky Tanky, a unique Gullah ensemble from the islands off the southern US coast, and Ricardo Lemvo, who captivated audiences with his spirited mix of African and Cuban music which encouraged the entire audience at Wingfield Park to dance. For the first time, we featured immersive theater with renowned Scottish mentalist and illusionist, Scott Silven.  During his week of performances, Silven astonished and amazed with uncanny feats of mind-reading and inexplicable feats of mental telepathy. Parsons Dance mesmerized our audience members with their sublime symmetry and incredible athleticism, ushering a new standard of contemporary dance into our community. Closing Night Celebration headlined the silky Jamaican reggae sounds of the band Raging Fyah. The festival featured daily children’s programming, theater presentations, poetry readings, hands-on arts workshops, weekly local dance companies, exhibits and hundreds of other multi-disciplinary and magical arts experiences - over 500 unique events of which 75% were offered admission free.
2017

Attendance:  300,000
Highlights: Opening Night with the California Honeydrops and then a parade to City Plaza with Moondog Matinee, aerialists and Compression!, closing night paying homage to our Native American roots with A Tribe Called Red and a dance and drum performance by the Reno-Sparks Indian Colony, Nada Dada, Art in the Garden, DIckerson Road artistry, The Revolution (Prince's band).  And so much more....
View the 2017 final report HERE 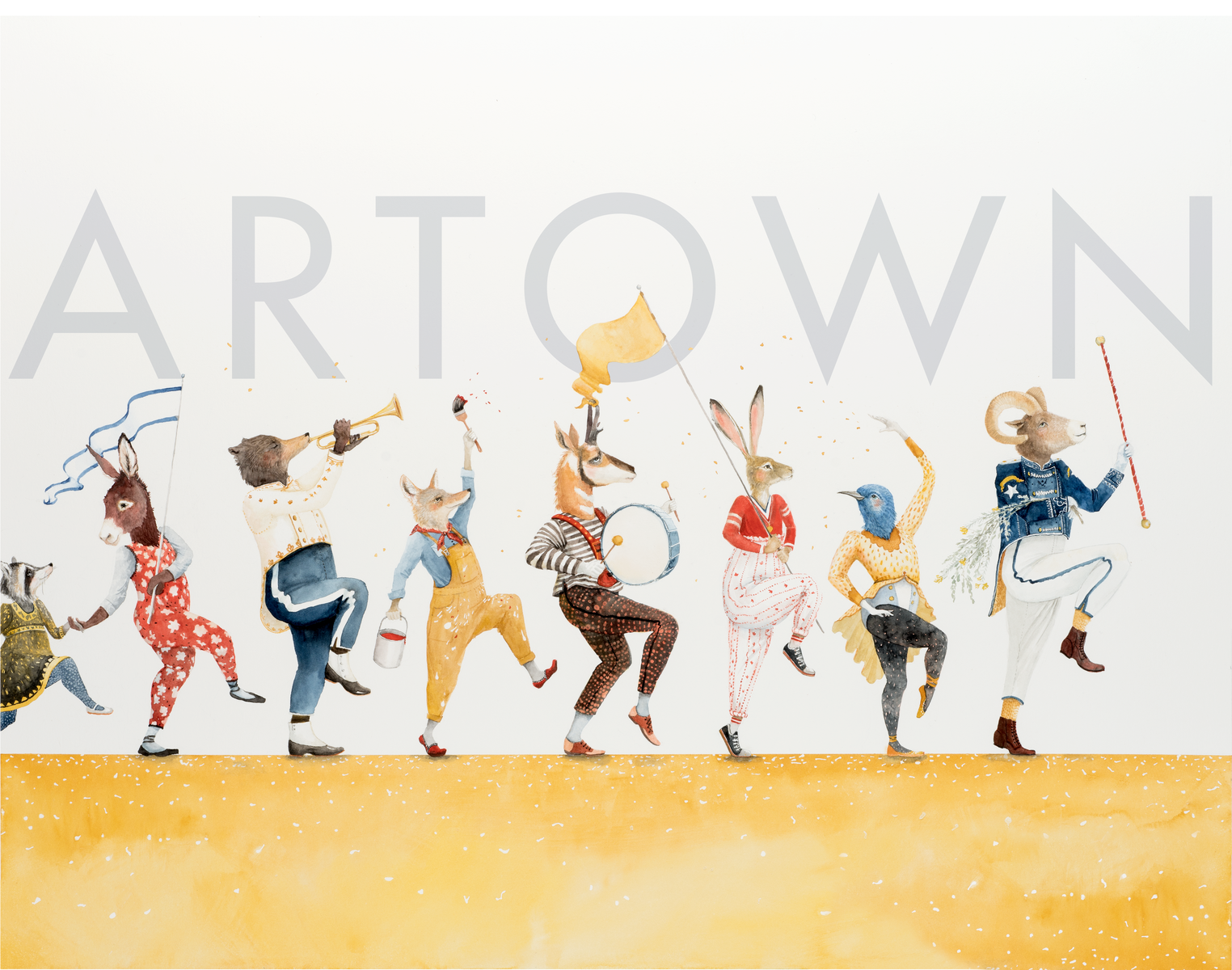 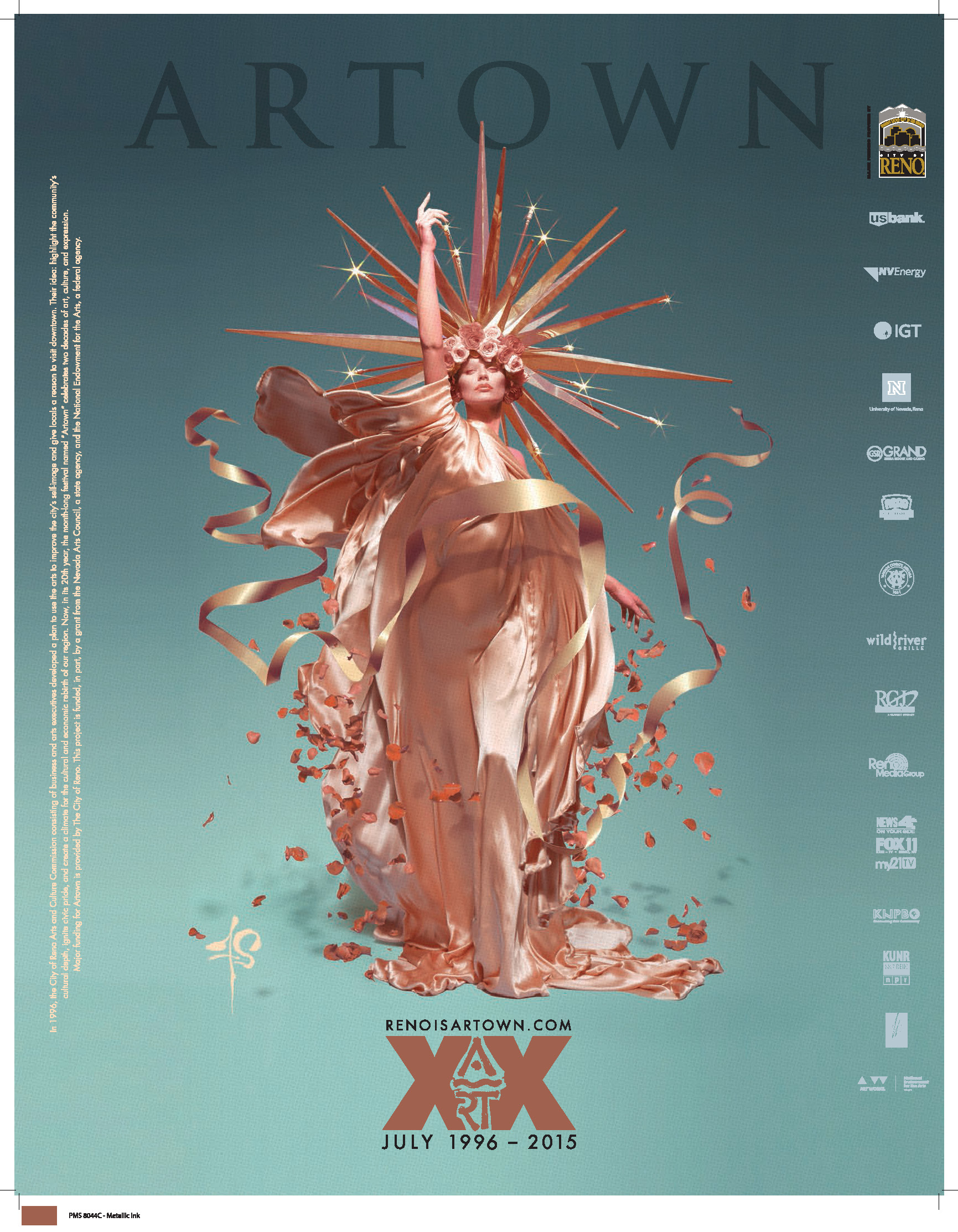 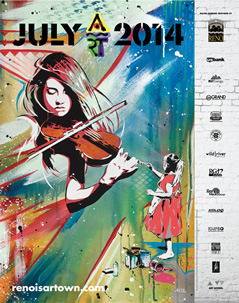 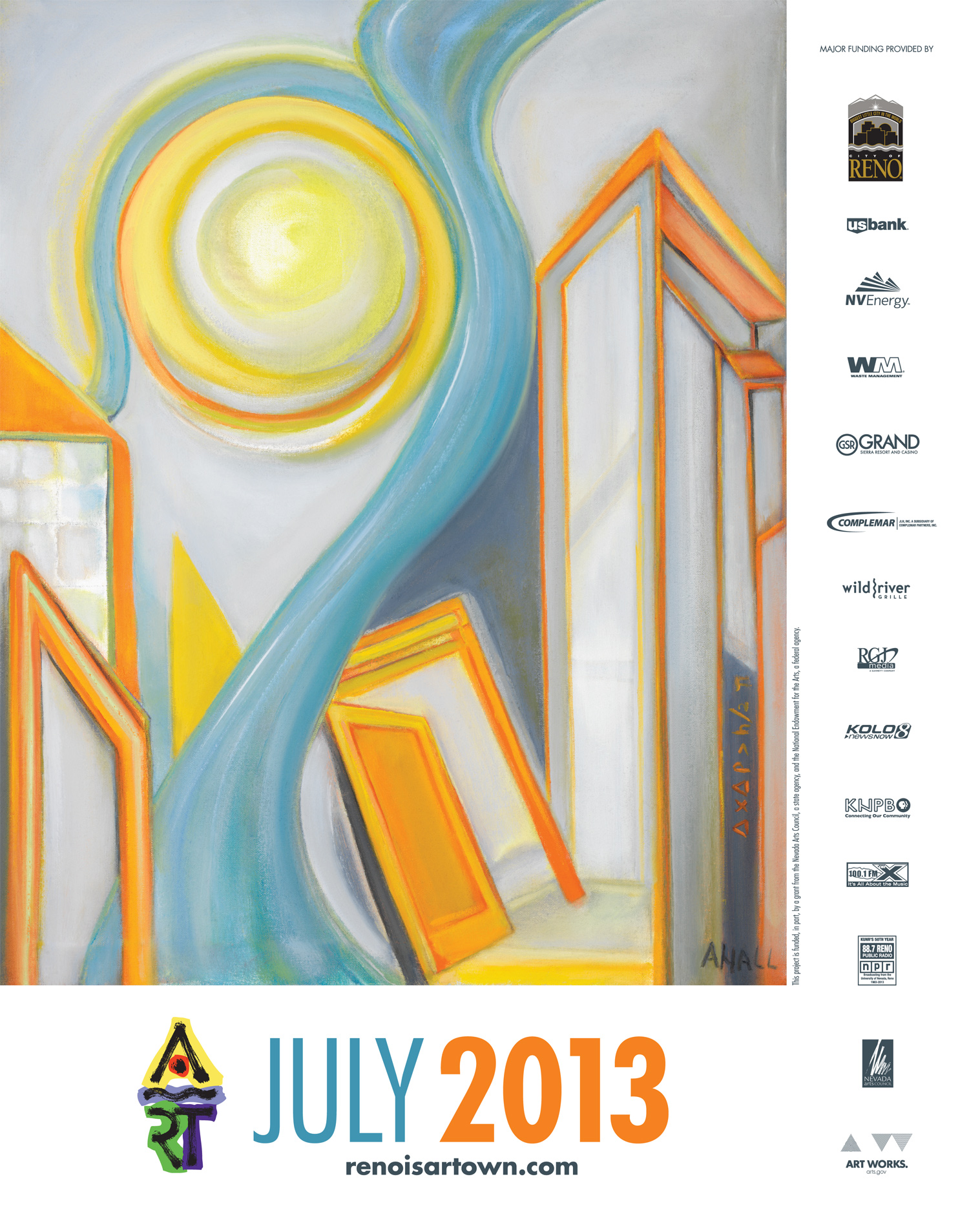 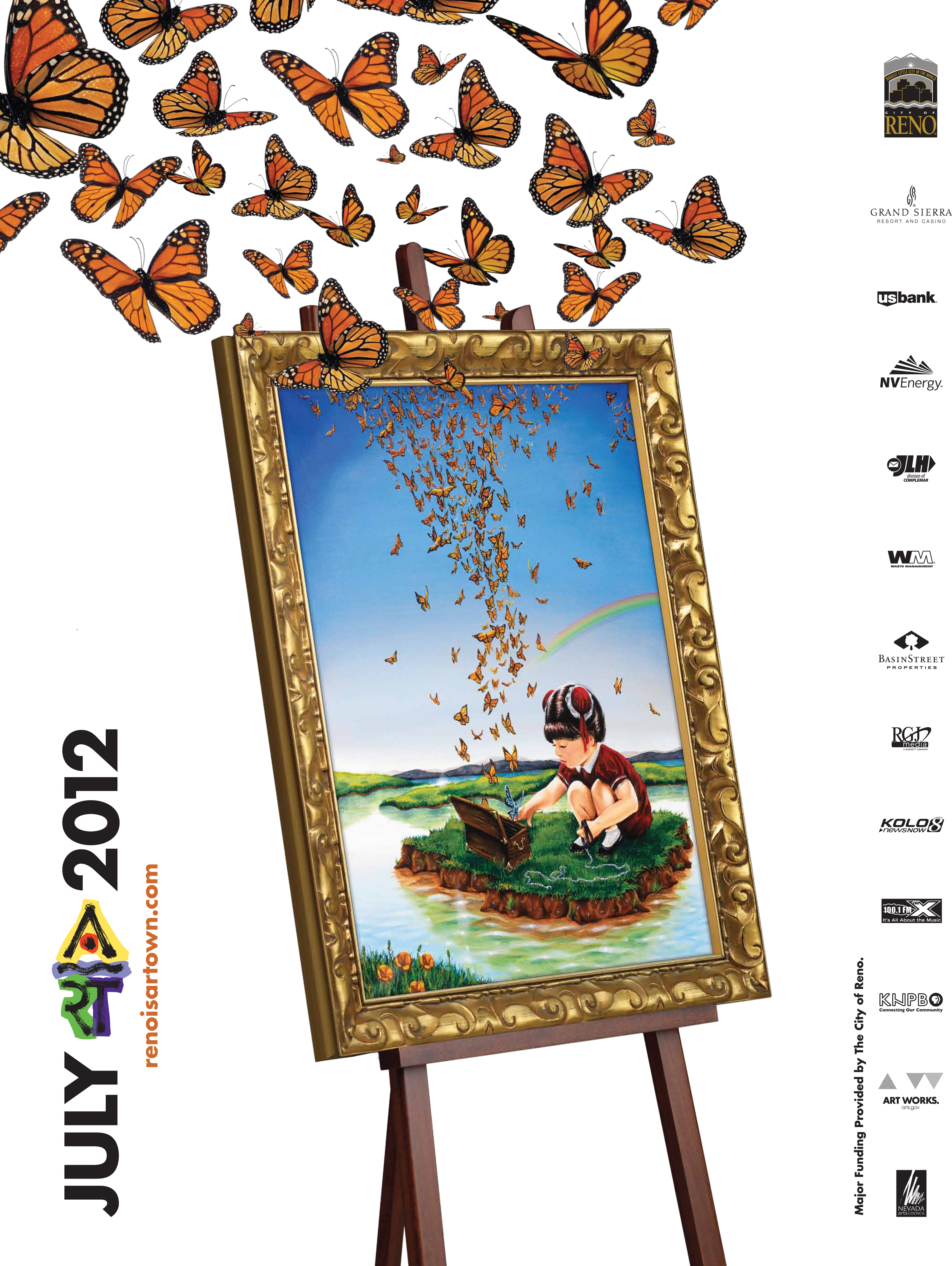 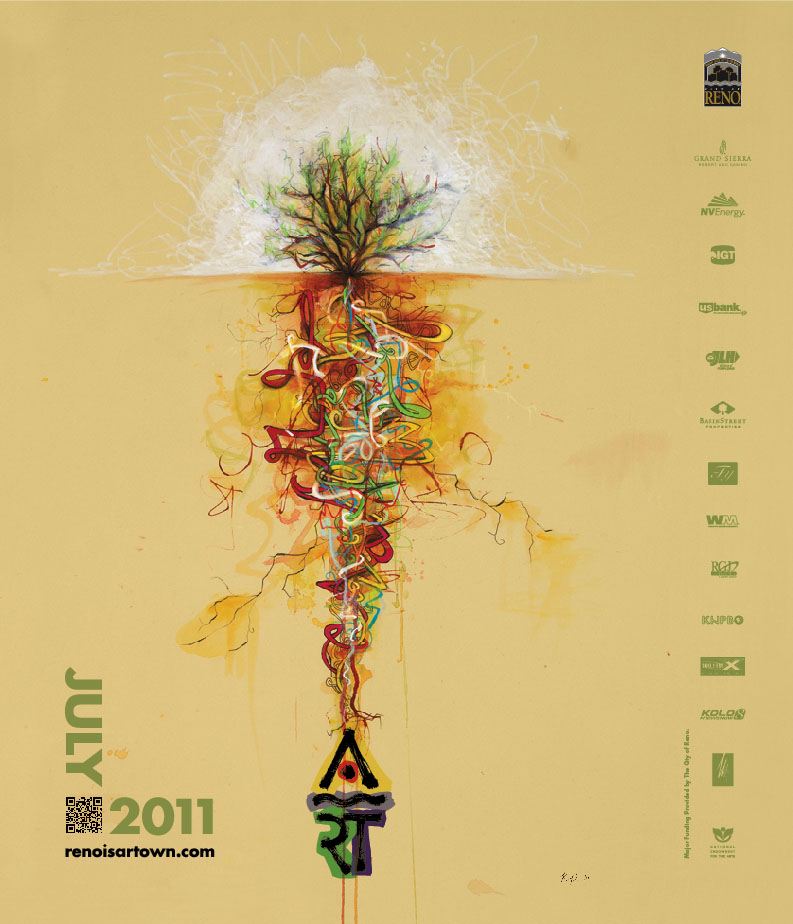 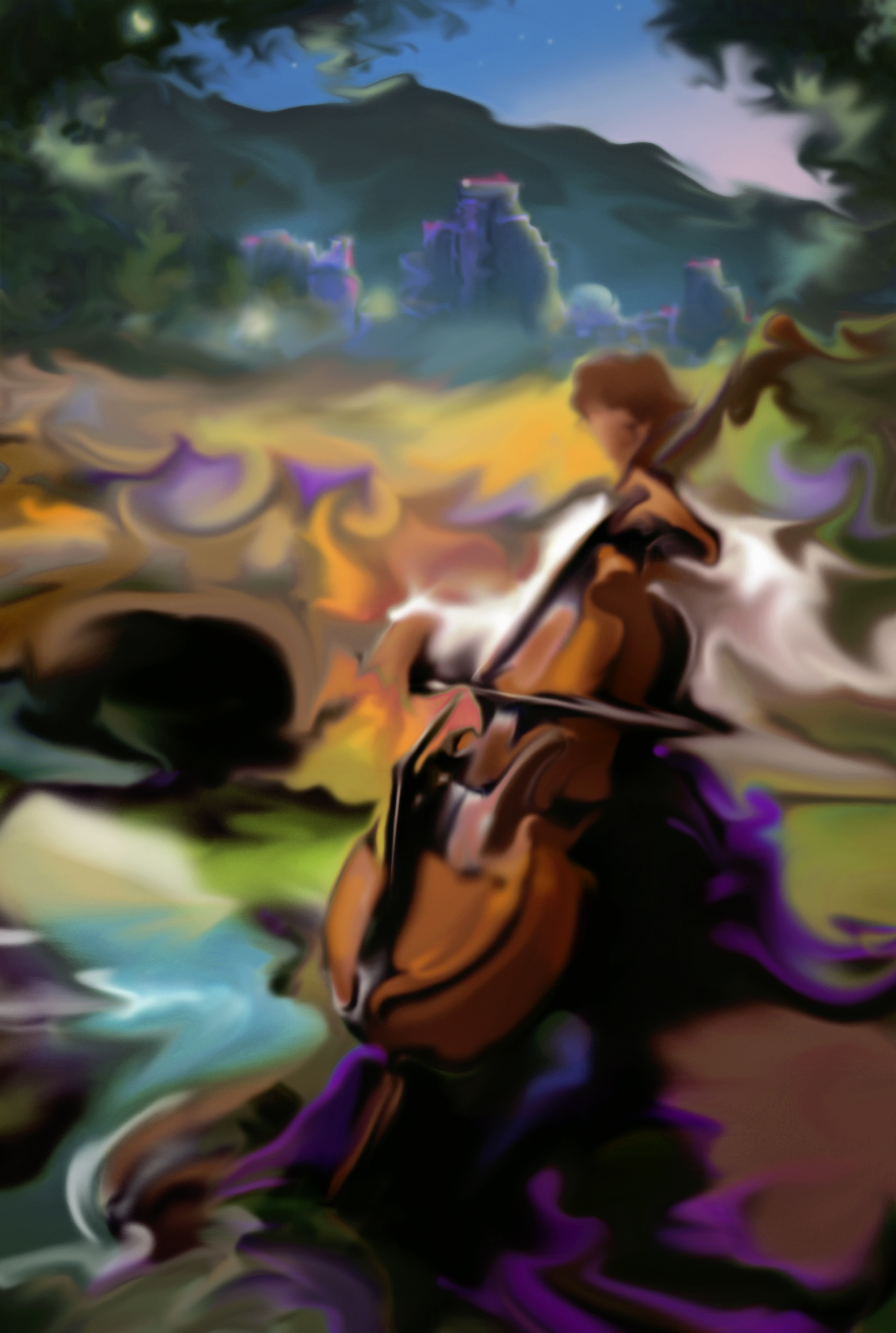 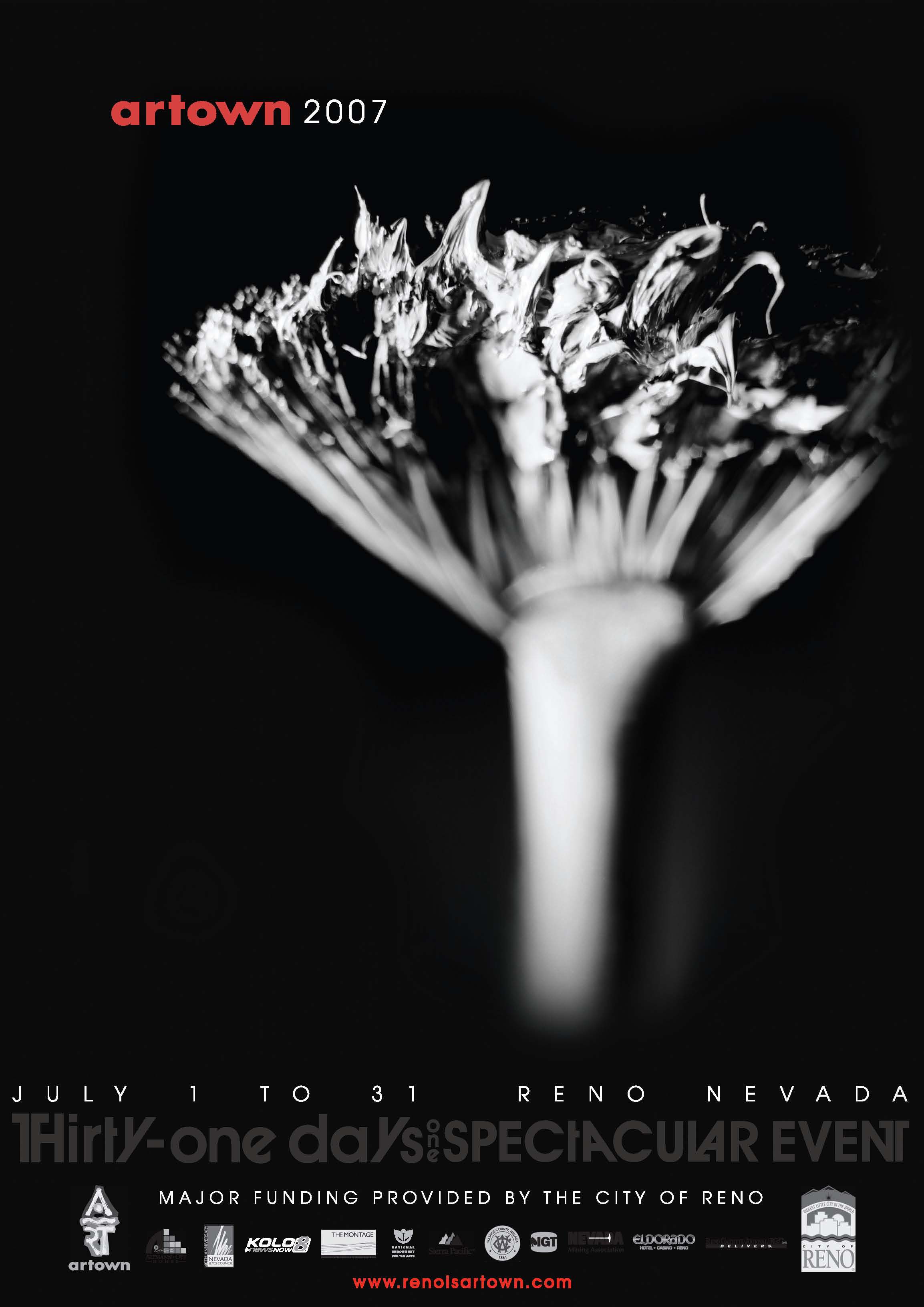 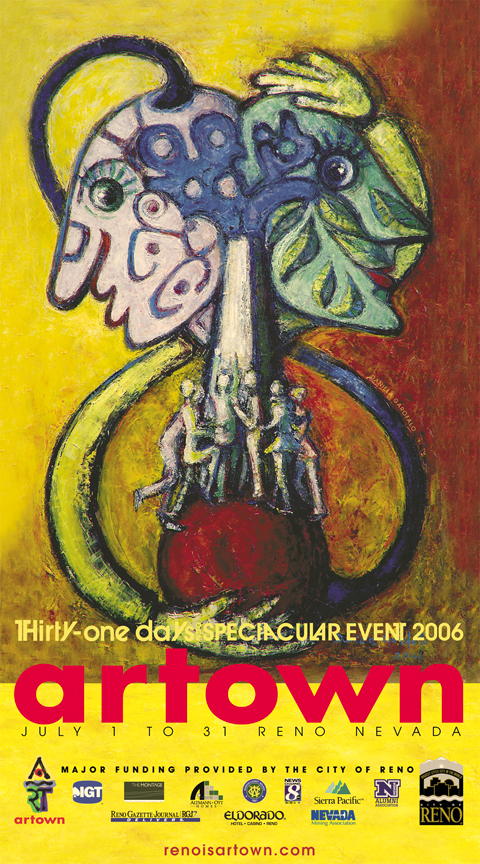 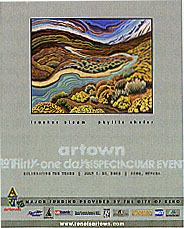 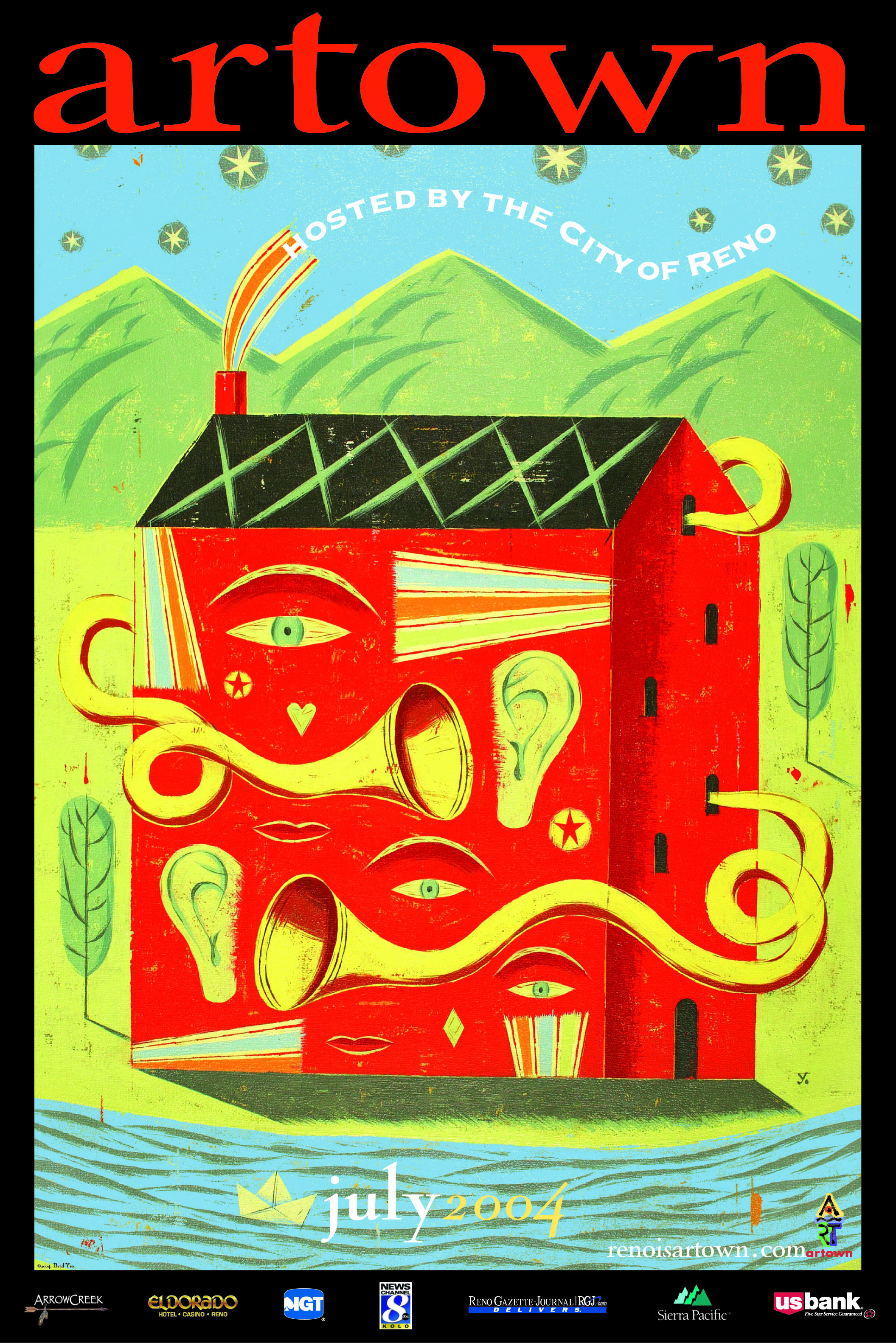 Attendance: 141,000
Economic Impact: $11,940,071
Highlights: The stunning Lily Cai Chinese Dance company at Wingfield park with the fusion of ancient Chinese traditions and cutting edge contemporary dance, Arlo Guthrie at the Robert Z. Hawkins Amphitheater, “the Guys” – a play set in the aftermath of 9/11 – was performed by the Actors’ Gang from Los Angeles. 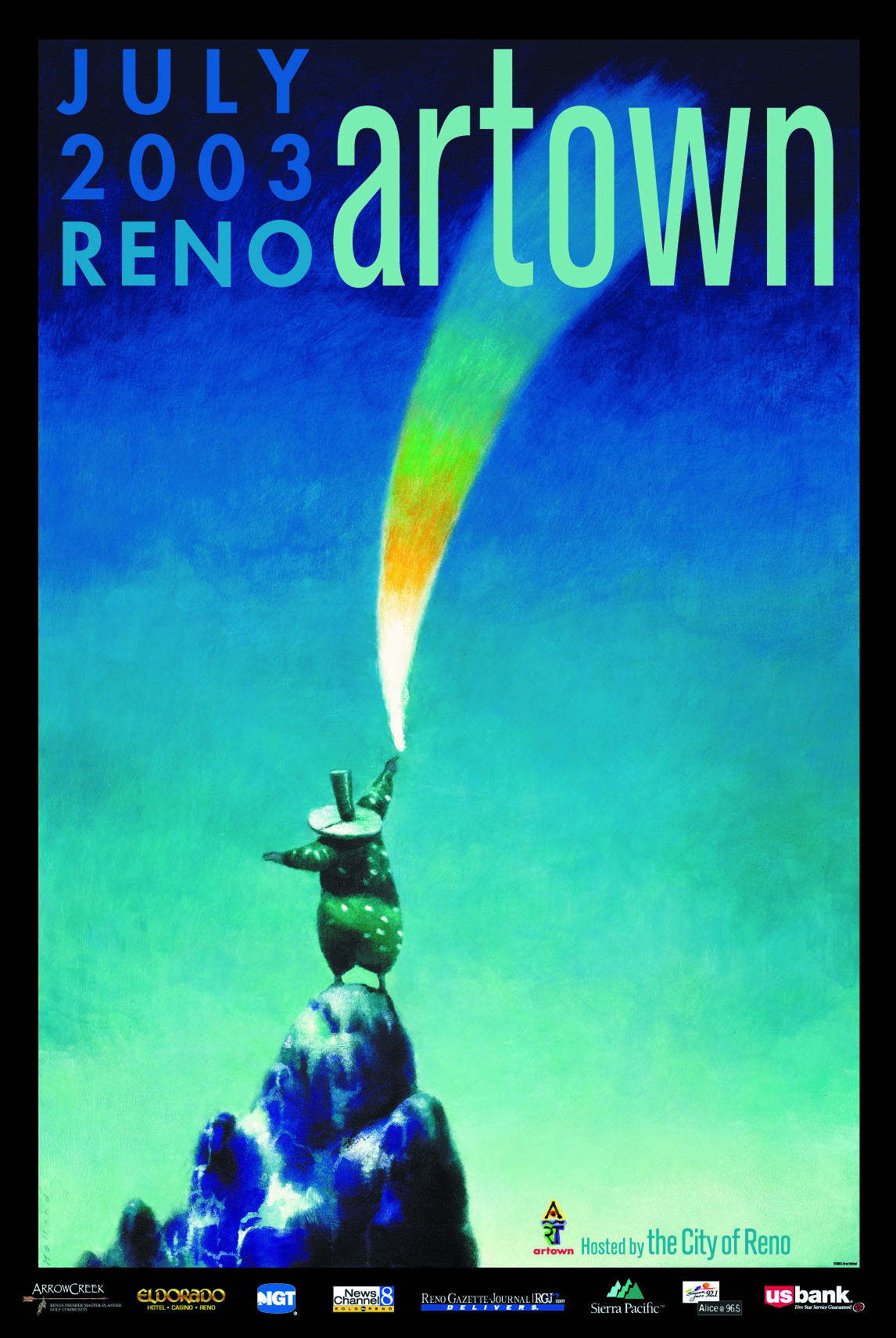 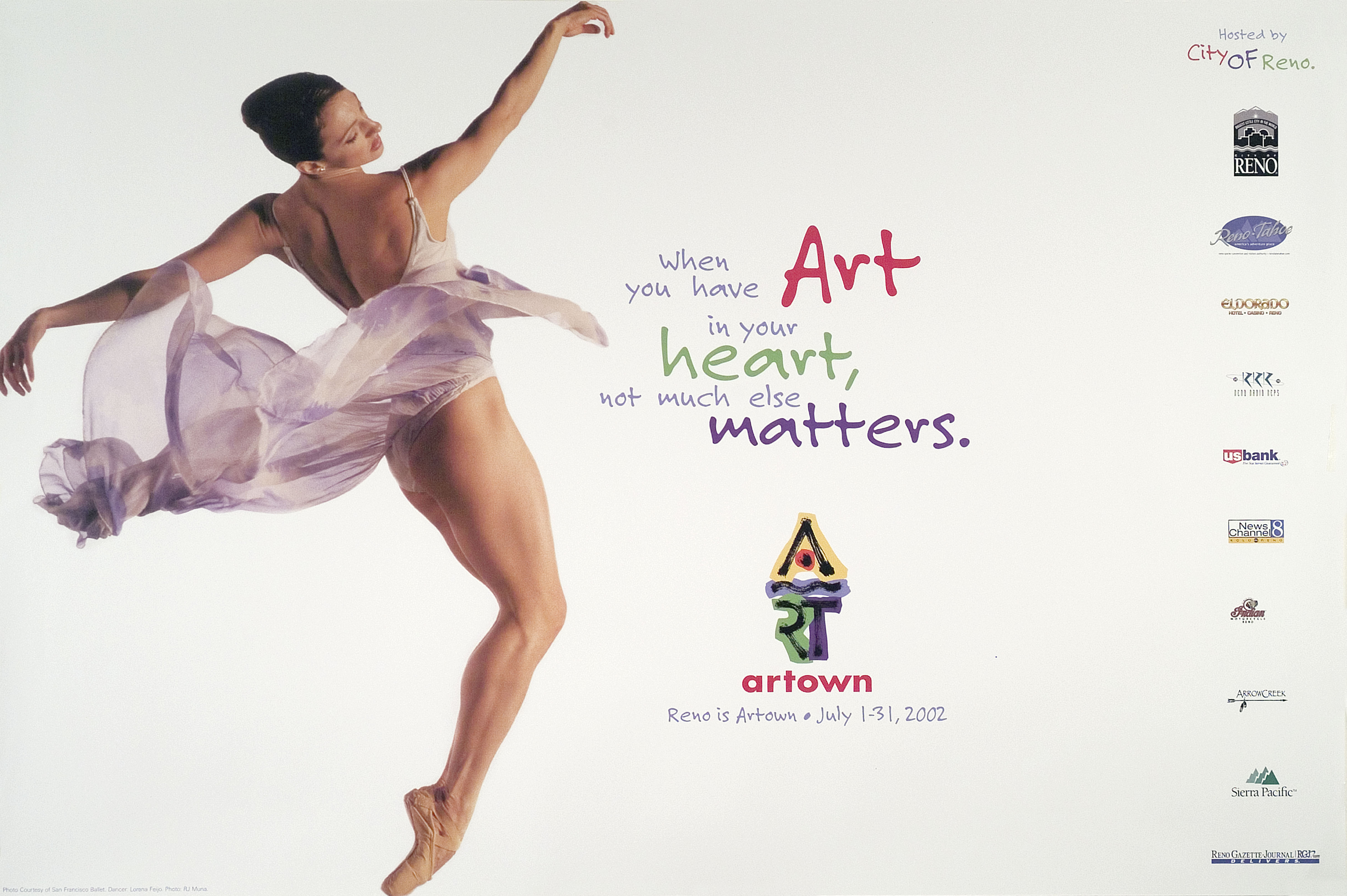 Attendance: 146,000
Economic Impact: $5,710,713
Highlights: San Francisco Ballet made its first appearance in Reno, Marcel Marceau appeared for two performances and a special conversation with the world famous mime at the Lear Theater, The Counting Sheep project – involving 25 local artists who created sheep that were displayed all over during July. 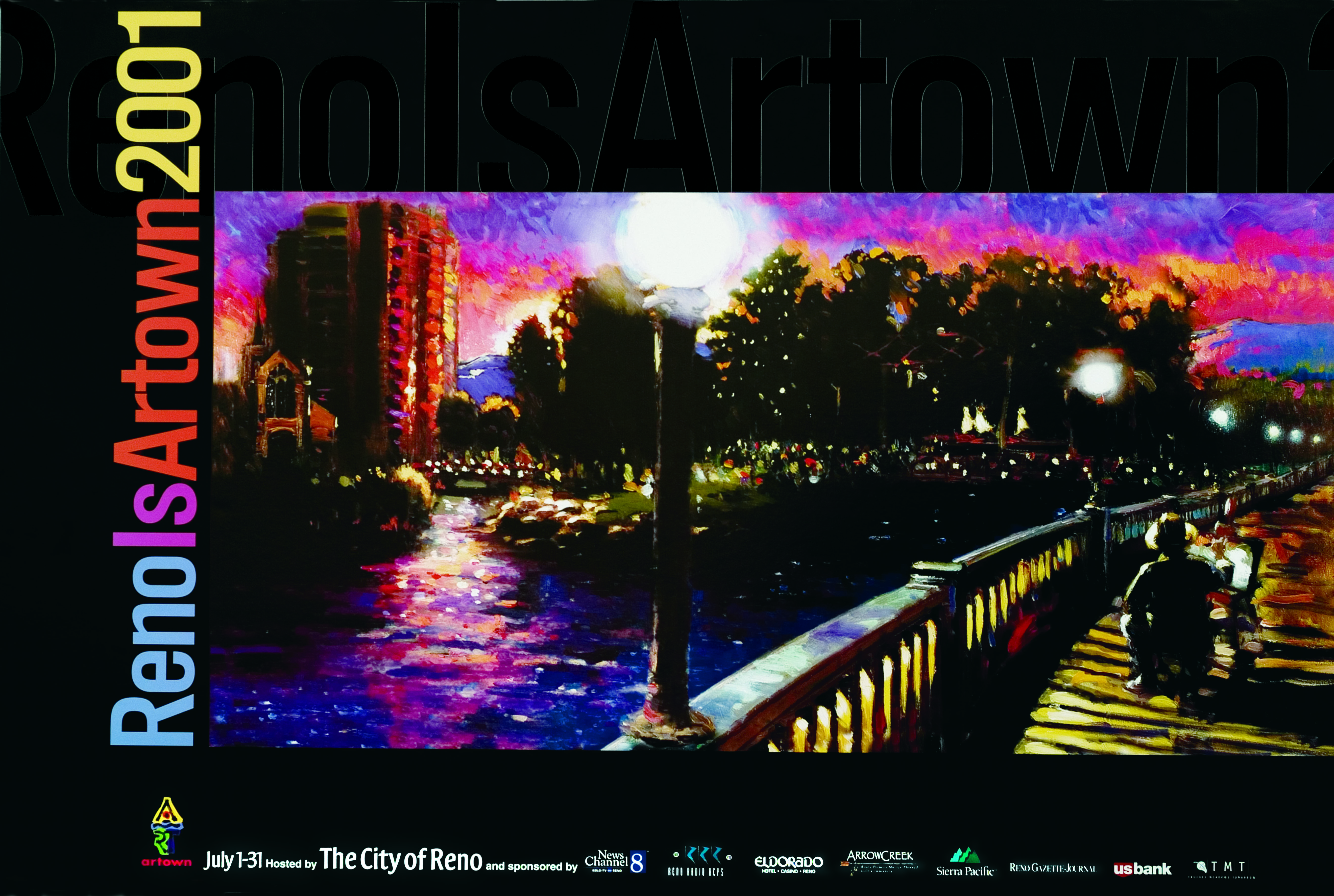 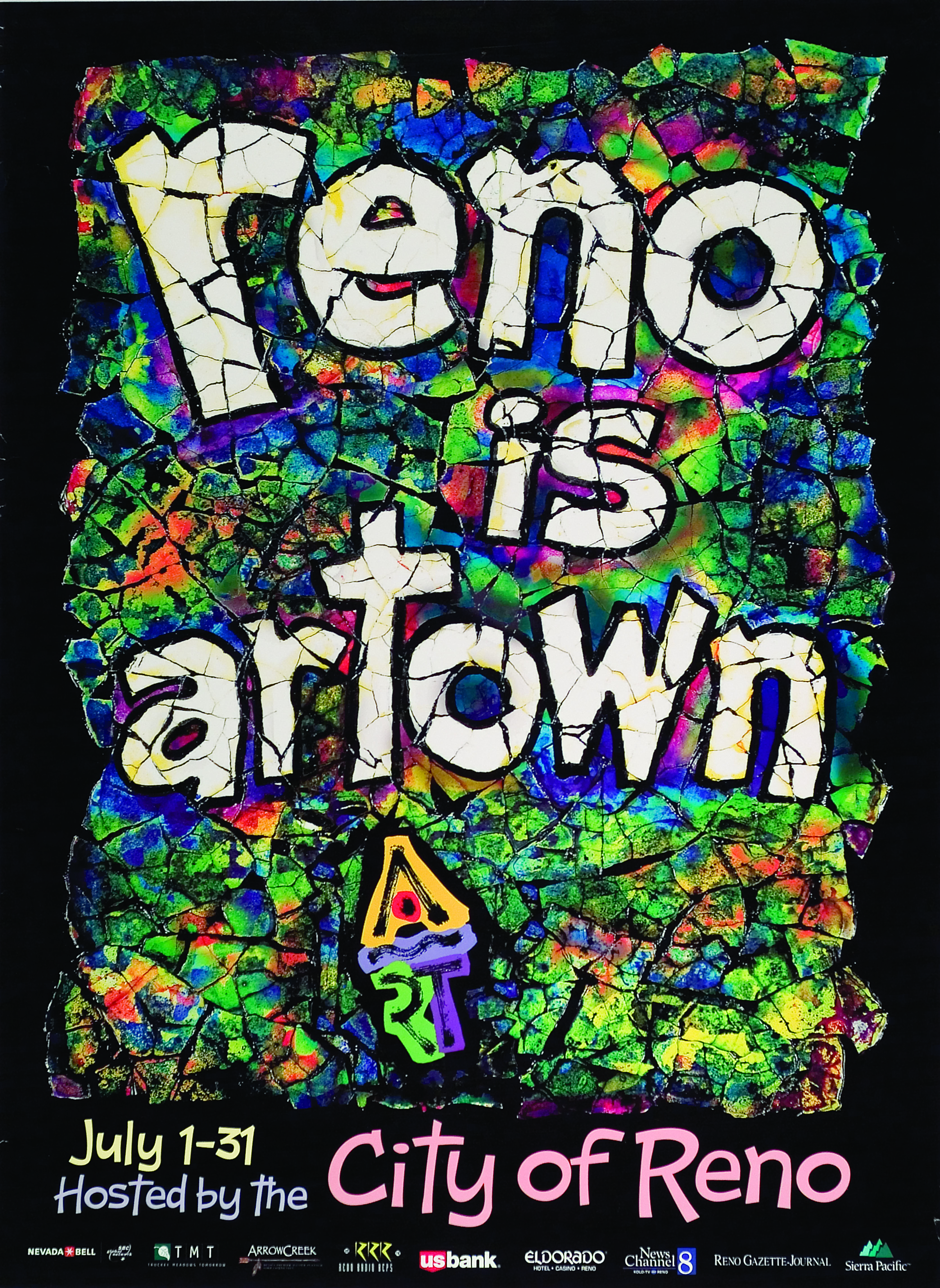 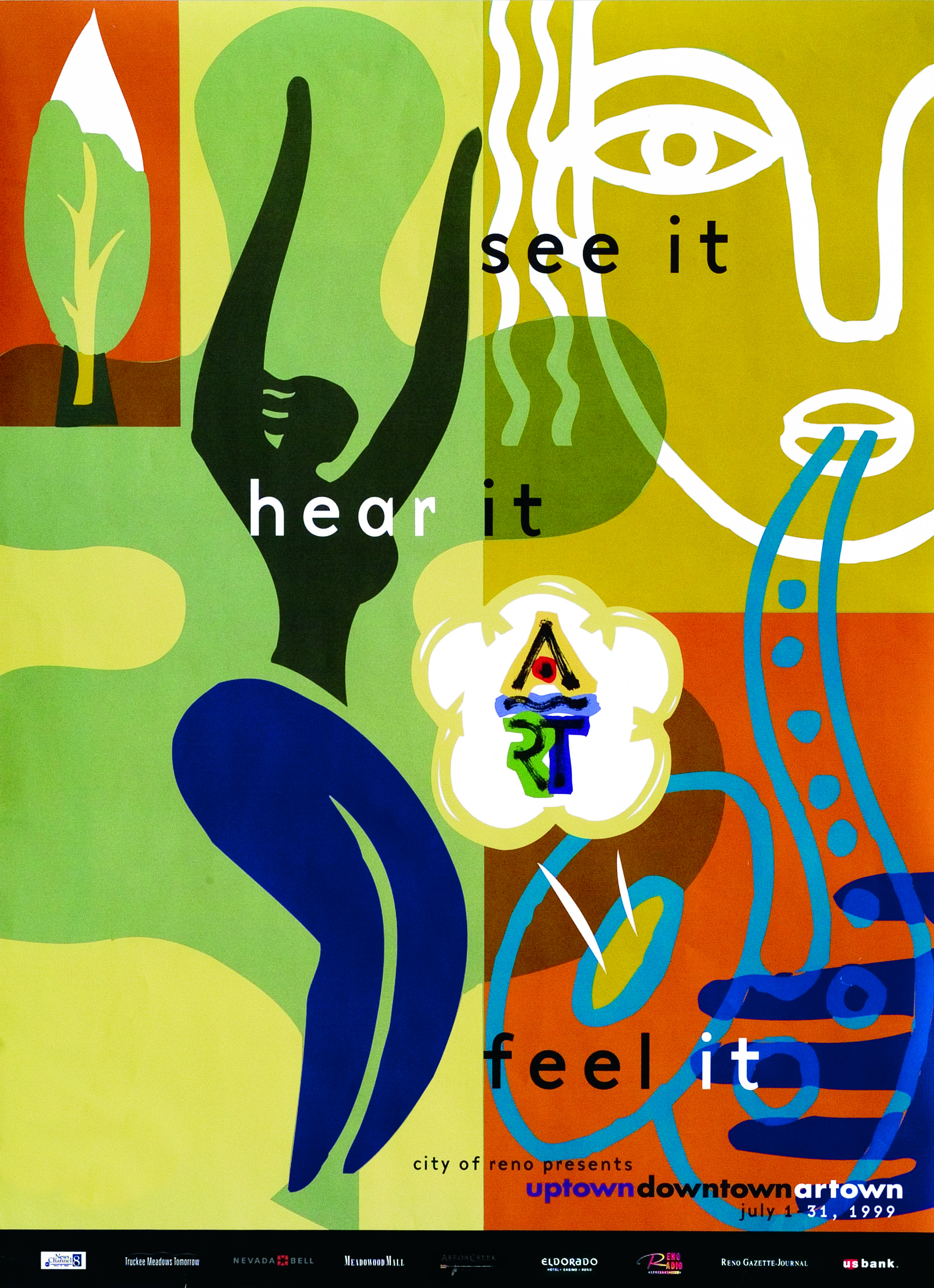 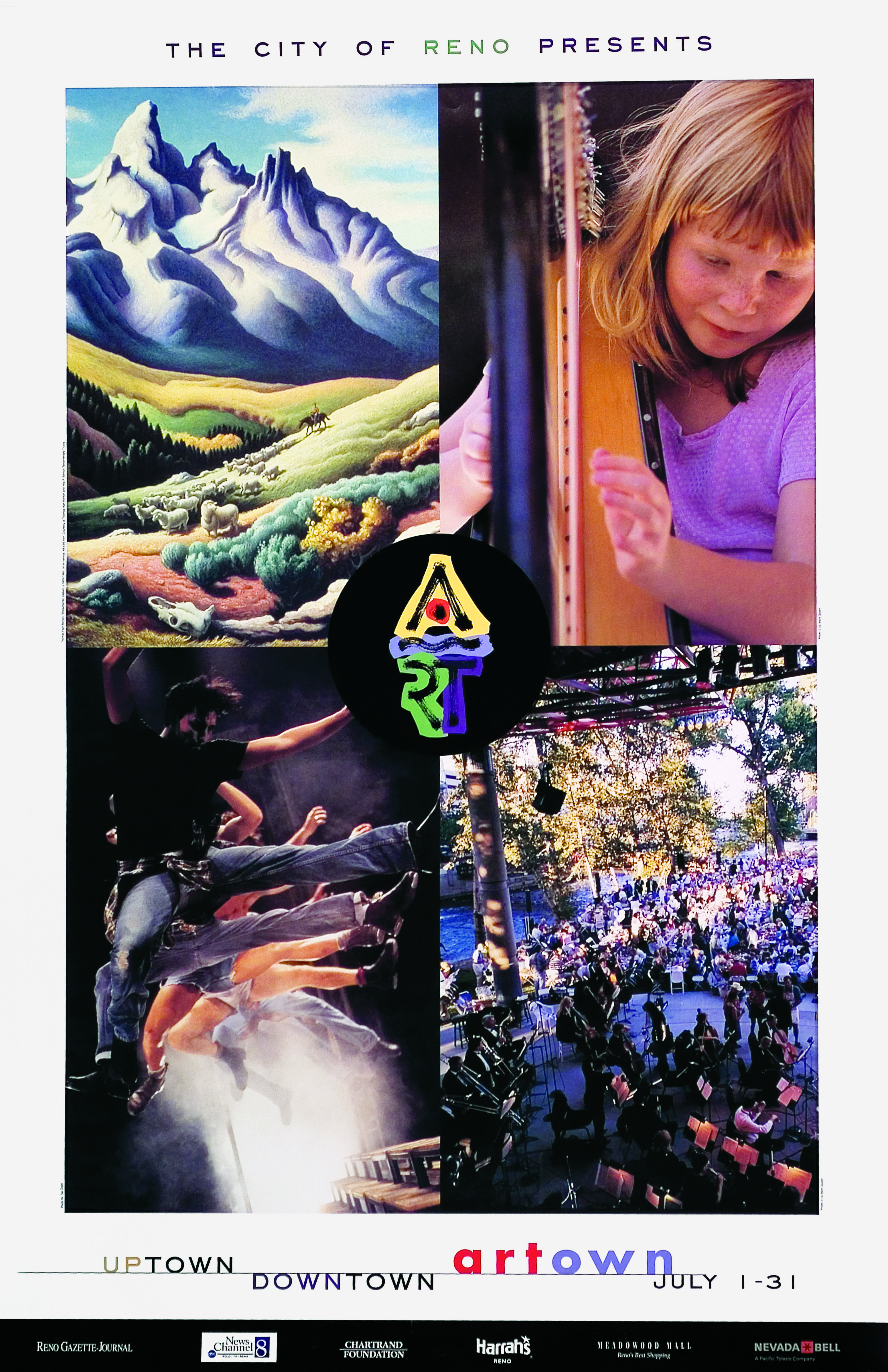 Attendance: 71,000
Highlights: The “Thomas Hart Benton” and “Andy Warhol” exhibit at the Nevada Museum of Art, “Tap Dogs” at the Pioneer Center, “Rollin’ on the River” at Wingfield Park.