Artown Board of Directors | Artown
Donate

Artown Board of Directors

Artown Board of Directors

As Chairman of the Board, Mark Hatjakes is a passionate Artown supporter. Mark is also the co-founder of SoSuTV, an enterprise video production firm headquartered in Reno. As a lifelong artist and serial entrepreneur, Mark sees the economic and cultural impact of community art. As a fourth generation Nevadan, Mark cares deeply about the enrichment of our place and people through all forms of expression.

Abigail Stephenson - Abbey is an avid arts supporter and community leader. Her passion for the arts increased tenfold during the COVID-19 pandemic as so many turned to the arts for comfort and strength. The daughter of a custom goldsmith and two skilled musicians, she was fortunate to grow up surrounded by beautiful art and creative people. Her parents also instilled in her a deep sense of community service which led her to the non-profit sector for her first career.

After caring for her father who ultimately passed away from a blood cancer, Abbey accepted her first office job as a fundraiser for the Leukemia & Lymphoma Society (LLS). Following a cross country move with her now husband, Abbey joined the law school development team at the University of San Diego (USD). While working as a full-time administrator at USD, she attended and graduated from USD School of Law. Applying her law degree, Abbey clerked for U.S. District Court Judge Bruce S. Jenkins before joining Blanchard, Krasner & French (BKF). In her fifth year at BKF, Abbey was named partner and was instrumental in establishing the firm’s first branch office in Reno. She is an estate planning and corporate attorney by trade.

Prior to moving to Reno, Abbey was also very involved in the San Diego community. She taught at USD as an adjunct professor and held leadership positions with the San Diego County Bar Association (chair, corporate law section), Lawyers Club of San Diego, and the La Jolla Bar Association (treasurer). She also volunteered for the University of San Diego, Macalester College, and LLS including participating in LLS’s Man and Woman of the Year fundraiser during which she raised over $50,000 in 8 weeks in support of the organization’s mission.

Abbey has been lauded in publications including the San Diego Daily Transcript, San Diego Business Journal, and San Diego Super Lawyers for her contributions, expertise, and leadership. She was selected as a USD Rising Star and honored at the law school’s Distinguished Alumni Award luncheon in 2017.

Abbey is married to Carson City native Tyson Stephenson and is the proud mother of a 2nd grader and kindergartener. She loves adventuring outdoors, being active, and making and enjoying a home cooked meal with friends and family. Her newest hobbies are teaching herself to play piano and make sourdough bread.

Joe Nannini (Artown Past Board Chairman)

Joe Nannini, Ed.S is Director of Clinical Experiences and Assessment at the College of Education and Human development at the University of Nevada, Reno. In his role at UNR, Joe oversees all student and teaching practicum experiences for educating students. As a former teacher and school administrator, Joe has a Bachelor’s degree from UNR; a Master of Arts in Teaching Elementary Education from Sierra Nevada College, and an ED.S in Educational Leadership from UNR. Joe has been awarded the Reno News & Review’s best Middle School Teacher award two times. Active in the community, Joe is a former Chairman of the Artown Board of Directors; immediate and past president of the UNR Alumni Council; Board Trustee at Urban Roots, and council member on the TMCC Institutional Advisory Council. Joe is a native Nevadan, a musician, and both he and his wife Katie--along with their two boys—are avid Artown enthusiasts!

Roberto Garcia is the current Artown Treasurer. He is a licensed CPA with 14+ years of audit experience. A graduate of UNR, he currently works for regional CPA firm Eide Bailly as an Assurance Senior Manager. Roberto is a Reno native who loves to cook, workout and travel.

A long-time Reno resident and University of Nevada alumni, Khalilah has a wide and diverse background in sales, marketing and customer service in real estate, mortgage lending, and restaurant industries. In addition to her role as marketing manager at Tolles Development Company, Khalilah is a partner/owner of five Reno restaurant/bars, including The Brewer’s Cabinet, a full-service bar/restaurant and micro distillery, and Shim’s Surplus Supplies, Reno’s first modern speakeasy. Khalilah holds a Bachelor of Science degree in marketing from the University of Nevada, Reno, serves on the Artown Board of Directors and is co-creator and host of the “I am her” podcast.

Meredith Tanzer has made a huge impact on her adopted home of Reno, Nevada. The Bay Area, California native studied Psychology at the College of Marin and, upon arriving in Reno, established the award-winning La Bussola boutique, a one-stop creative retail space and buzz center in downtown Reno for delightful art oddities. Artists of all mediums were able to show and sell their work at La Bussola, and the boutique helped support artists who would eventually make art their fulltime livelihood. Also at this time Meredith opened the HeartSpot Gallery. But it is Meredith’s numerous civic contributions that have been most profound, and through her eff orts at the SPCA of Northern Nevada, the Washoe County Homeless Youth Point in Time Count, and at the Eddy House, Meredith helped to both improve and save the lives of our most vulnerable citizens. An award-winning gay rights activist, Meredith was a vital part of the capital campaign that opened Our Center, a vital community outreach, education and drop-in center for the underserved and at-risk LGBTQAI+ community, where she is the current Vice President on the Board of Directors. Meredith, a resident artist at Reno Art Works, serves on the Board of Directors at Artown and is a part of the Northern Nevada HOPES family in downtown Reno. She considers herself a community builder with a unique combination of entrepreneurial mentality, nonprofit thoughtfulness, and corporate strategic planning experience.

Michon Eben (BA, MSW) is a member of the Reno-Sparks Indian Colony (RSIC) of Reno Nevada where she is the Cultural Resource Manager/Tribal Historic Preservation Officer. Within this role, she seeks to preserve Native American ancestral cultural sites by participating in government to government consultation with federal and state agencies. Michon is dedicated to expanding the appreciation, understanding and preservation of Native American cultural resources and history within the traditional Nevada homelands of her ancestors. Michon is a Co-Founder of the all Native American Woman Drum and Singing Group The Mankillers.

Jana Benton is the SVP and Statewide Business Banking Manager at Nevada State Bank. Jana has been in banking for 43 years and over 20 years in Reno. She loves the natural beauty of northern Nevada, and loves to ski, hike and mountain bike and is passionate about great food and the wonderful restaurants we have in our communities. Jana is honored to be a board member for Artown as it brings so much beauty and culture to northern Nevada, as well as education and diversification.

Nancy Leuenhagen is the Communications Director for Washoe County and brings a diverse media background to her position. As a former television and radio journalist, Nancy brings nearly two decades of media experience to the position and prides herself on using those skills to connect the public to each and every aspect that Washoe County has to offer from its more than 30 departments. The Communications Division is located within the Office of the County Manager and is responsible for all internal and external communications, media relations, website, social media, and all countywide and digital outreach. Prior to working at Washoe County, Leuenhagen served as the Communications Manager and Public Information Officer at the Washoe County School District. Before moving to the Reno area with her husband and family in 2004, she spent nearly two decades as a broadcast journalist working as a television news anchor/reporter and radio talk show host in the Midwest. Nancy holds a Bachelor of Science degree in Broadcast Journalism from Southern Illinois University, Carbondale.

Pat Cashell is a native Nevadan who holds a Bachelor of Science degree in Hospitality Management from the University of Nevada, Las Vegas. Pat currently serves as the Regional Director of Volunteers of America (VOA), and is a board member at Saint Mary’s Hospital in Reno, Nevada. As Regional Director of VOA, Pat leads a 70-person program staff in providing shelter, outreach, case management, affordable housing and other services for thousands of men, women and children in northern Nevada. Additionally, Pat is the manager and co-founder of Reno Works, a workforce development program that provides homeless shelter residents with an opportunity to transition into the workforce and permanent housing. The Reno Works program facilitates employability skills training, long-term employment support, and wraparound case management and mentoring through a 9-week course that Pat helped implement. Pat’s past community service includes work as a volunteer and Advisory Board member for the VOA; work as a board member of Quest Counseling and Consulting, and service as a founding board member for Safe Talk for Teens. He also helped form a parent support group for Join Together Northern Nevada aimed at providing support to parents who struggle with kids battling addiction. Pat was also a noteworthy keynote speaker at the Volunteers of America Shelter from the Storm breakfast. Pat is also the co-founder and president of the board for the Karma Box Project.

Pat’s passion for community service comes from his own experience with homelessness and addiction. Today, with over fourteen years of recovery under his belt, Pat harnesses his experience and knowledge in providing insightful solutions to complex matters with regard to mental illness, homelessness and addiction. Pat believes that by sharing his story, he’ll inspire hope in those struggling as well as help shed the stigma surrounding these issues. Today Pat has started a new life script and in his free time he has taken a keen interest in commercial real estate and investments. 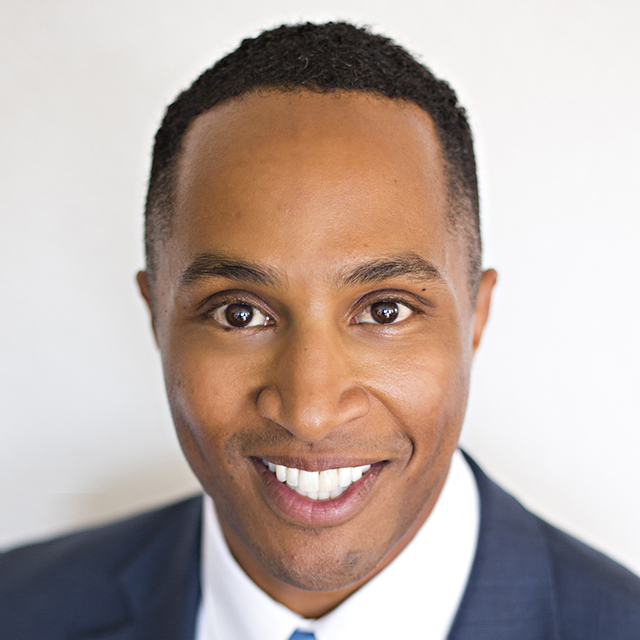 Zelalem Bogale is a Senior Attorney at NV Energy, overseeing and managing the legal aspects of the multi-billion-dollar Procurement Department; negotiating and drafting agreements for capital renewable energy projects, power purchase agreements, and renewable energy transmission infrastructure, as well as conducting litigation. He also serves as the Chair of the Diversity, Equity, and Inclusion Working Group at NV Energy. Zelalem is Adjunct Professor at the University of Nevada, Reno teaching ETS (Ethnic Studies) 307: Topics in Race and Racism—Race and Law, and CRJ (Criminal Justice) 320: Courts in Criminal Justice. As District Coordinator for the Nevada Center for Civic Engagement, We the People: The Citizen and the Constitution in Congressional District 2, Zelalem advises public, private, and charter schools on substantive areas of the civics curriculum; assists in expanding the We the People program to other schools within the district, and organizes and conducts district and statewide We the People competitions.