With the world-renowned Jazz at Lincoln Center Orchestra and guest artists spanning genres and generations, Jazz at Lincoln Center produces thousands of performances, education, and broadcast events each season in its home in New York City (Frederick P. Rose Hall, "The House of Swing") and around the world, for people of all ages. Jazz at Lincoln Center is led by Chairman Clarence Otis, Managing and Artistic Director Wynton Marsalis, and Executive Director Greg Scholl. Please visit us at jazz.org.

The Jazz at Lincoln Center Orchestra has also been featured in several education and performance residencies in the last few years, including those in Melbourne, Australia; Sydney, Australia; Chautauqua, New York; Prague, Czech Republic; Vienna, Austria; London, England; São Paulo, Brazil; and many others.

Jazz at Lincoln Center, NPR Music and WBGO have partnered to create the next generation of jazz programming in public radio: Jazz Night in America. The series showcases today's vital jazz scene while also underscoring the genre's storied history. Hosted by bassist Christian McBride, the program features hand-picked performances from across the country, woven with the colorful stories of the artists behind them. Jazz Night in America and Jazz at Lincoln Center's radio archive can be found at jazz.org/radio.

Wynton Marsalis (Music Director, Trumpet) is the Managing and Artistic Director of Jazz at Lincoln Center. Born in New Orleans, Louisiana in 1961 to a musical family, Mr. Marsalis was gifted his first trumpet at age 6 by Al Hirt. By 8, he began playing in the famed Fairview Baptist Church Band led by Danny Barker. Yet it was not until he turned 12 that Marsalis began his formal training on the trumpet. Subsequently, Wynton began performing in bands all over the city, from the New Orleans Philharmonic and New Orleans Youth Orchestra to a funk band called the Creators. His passion for music rapidly escalated. As a young teenager fresh out of high school, Wynton moved to New York City in 1979 to attend The Juilliard School to study classical music. Once there, however, he found that jazz was calling him. His career quickly launched when he traded Juilliard for Art Blakey's band, The Jazz Messengers. By 19, Wynton hit the road with his own band and has been touring the world ever since. From 1981 to date, Wynton has performed 4,777 concerts in 849 distinct cities and 64 countries around the world. Mr. Marsalis made his recording debut as a leader in 1982 and has since recorded 110 jazz and classical albums, four alternative records, and released five DVDs. In total, he has recorded 1,539 songs at the time of this writing. Marsalis is the winner of 9 GRAMMY Awards, and his oratorio Blood on the Fields was the first jazz composition to win the Pulitzer Prize for Music. He's the only musician to win a GRAMMY Award in two categories, jazz and classical, during the same year (1983, 1984).

Mr. Marsalis has solidified himself as an internationally acclaimed musician, composer and bandleader, educator, and advocate of American culture. As a composer, his body of work includes over 600 original songs, 11 ballets, four symphonies, eight suites, two chamber pieces, one string quartet, two masses, one violin concerto, and in 2021, a tuba concerto. Included in this rich body of compositions is Sweet Release; Jazz: Six Syncopated Movements; Jump Start and Jazz; Citi Movement/Griot New York; At the Octoroon Balls; In This House, On This Morning; and Big Train. As part of his work at Jazz at Lincoln Center, Wynton has produced and performed countless new collaborative compositions, including the ballet Them Twos, for a 1999 collaboration with the New York City Ballet. That same year, he premiered the monumental work All Rise, commissioned and performed by the New York Philharmonic along with the Jazz at Lincoln Center Orchestra and the Morgan State University Choir. All Rise was performed with the Tulsa Symphony Orchestra as part of the remembrance of the centennial anniversary of the Tulsa Race Massacre in June 2021. Since the onset of the COVID-19 pandemic, Wynton and the Jazz at Lincoln Center Orchestra have released 7 full-length albums and 4 singles on Blue Engine Records.

Mr. Marsalis is also a globally respected teacher and spokesman for music education. For Jazz, Wynton led the effort to construct Jazz at Lincoln Center's new home–Frederick P. Rose Hall–the first education, performance, and broadcast facility devoted to jazz, which opened in October 2004. He conducts educational programs for students of all ages and hosts the popular Jazz for Young People™ concerts produced by Jazz at Lincoln Center. In addition to his work at JALC, Wynton is also the Founding Director of Jazz Studies at the Juilliard School. Mr. Marsalis has written and is the host of the video series "Marsalis on Music," the radio series "Making the Music," and a weekly conversation series titled "Skain's Domain." He has written and co-written nine books, including two children's books, Squeak, Rumble, Whomp! Whomp! Whomp! and Jazz ABZ: An A to Z Collection of Jazz Portraits, both illustrated by Paul Rogers. Wynton has received such accolades as having been appointed Messenger of Peace by United Nations Secretary-General Kofi Annan (2001), The National Medal of Arts (2005), The National Medal of Humanities (2016). In December 2021, Marsalis and Jazz at Lincoln Center were awarded the Key to New York City by Mayor Bill de Blasio. Marsalis has received honorary doctorates from 39 universities and colleges throughout the U.S, including Harvard, Yale, Princeton, and Tulane University in New Orleans. Wynton Marsalis' core beliefs and foundation for living are based on the principles of jazz. He promotes individual creativity (improvisation), collective cooperation (swing), gratitude and good manners (sophistication), and faces adversity with persistent optimism (the blues).

Program to be announced from the stage.
Visit us at jazz.org
Artists subject to change. 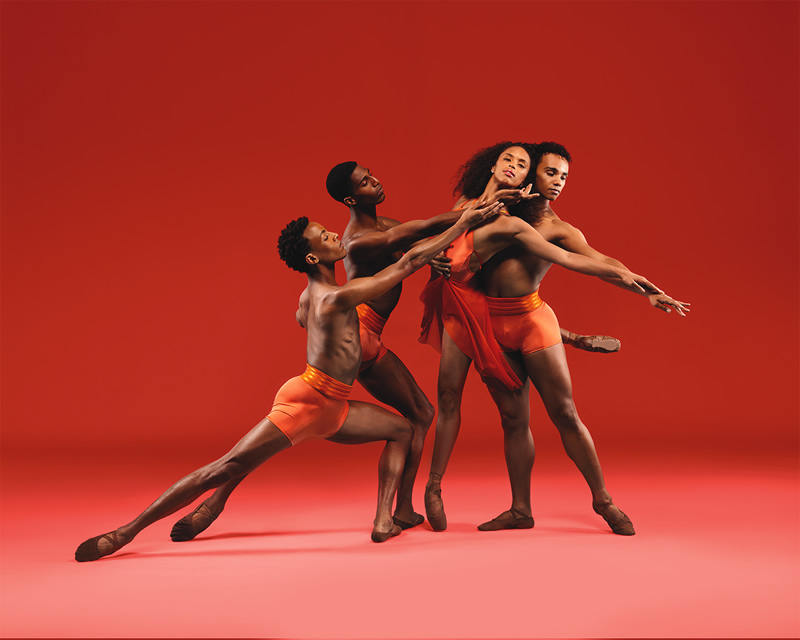 Dance Theatre of Harlem is a leading dance institution of unparalleled global acclaim, encompassing a professional touring company, a leading studio school, and a national and international education and community outreach program. Each component of Dance Theatre of Harlem carries a solid commitment towards enriching the lives of young people and adults around the world through the arts. Founded in 1969 by Arthur Mitchell and Karel Shook, Dance Theatre of Harlem is considered "one of ballet's most exciting undertakings" (The New York Times). Shortly after the assassination of The Reverend Dr. Martin Luther King, Jr., Mitchell was inspired to start a school that would offer children - especially those in Harlem, the community in which he was born - the opportunity to learn about dance and the allied arts. Now in its sixth decade, Dance Theatre of Harlem has grown into a multi-cultural dance institution with an extraordinary legacy of providing opportunities for creative expression and artistic excellence that continues to set standards in the performing arts. Dance Theatre of Harlem has achieved unprecedented success, bringing innovative and bold new forms of artistic expression to audiences in New York City, across the country and around the world.

Now a singular presence in the ballet world, the Dance Theatre of Harlem Company tours nationally and internationally, presenting a powerful vision for ballet in the 21st century. The 18-member, multi-ethnic company performs a forward-thinking repertoire that includes treasured classics, neoclassical works by George Balanchine and resident choreographer Robert Garland, as well as innovative contemporary works that use the language of ballet to celebrate Arthur Mitchell's belief that belongs to everyone. Through performances, community engagement and arts education, the Company carries forward Dance Theatre of Harlem's message of empowerment through the arts for all. 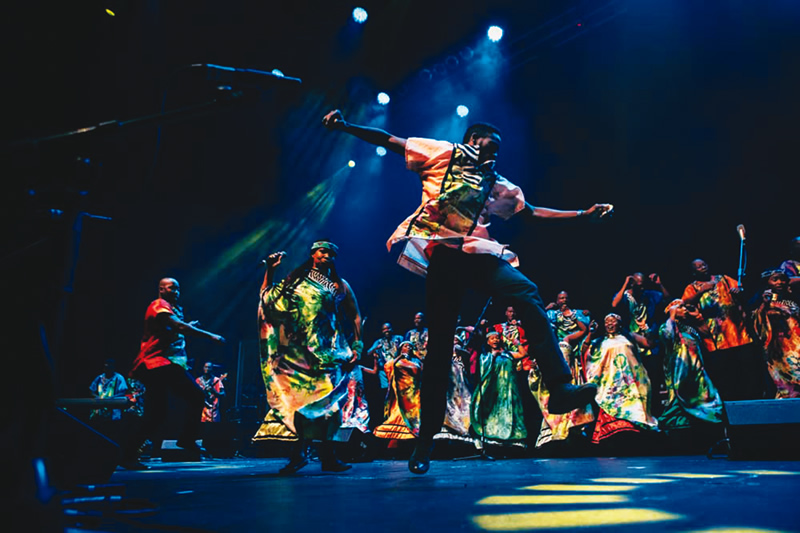 Out of the darkness comes a new dawn! This all-new concert by 3-time Grammy®-winning SOWETO GOSPEL CHOIR commemorates South Africa's Freedom Movement and the Civil Rights Movement in the United States. Bringing joy to all, "HOPE" opens with a rousing program of South African freedom songs that inspired their Rainbow Nation. Then the choir's uplifting performance moves to the United States with beautiful renditions of the music of the Civil Rights Movement, including works by legendary artists Billie Holiday, James Brown, Otis Redding, Curtis Mayfield and the one-and-only, Aretha Franklin. Get ready, "HOPE" is a concert that will live forever in your hearts!