The Desert Dudes is folk-pop-rock and country in a blend called Desert Rock. The Band formed in the the 1990's. The frontman Tim Tucker started recording a powerful CD known as Once Upon a Time in the West. The CD was ready to be released in 1997, however a major label Warner Bros became interested in the CD. They asked Tucker to redo some of the recording with their approved producer. That project was started, but not completed, so the CD was never released. Now in 2021, Tucker has decided to remaster and released this CD. It contains 17 original Tucker songs and the Desert Dudes have reformed and will be doing two shows: One on July 9 and another on the RWMA Wine Walk July 17. Both shows will have a stellar lineup of musicians and it should be a lot of fun. We are hoping to see you there. 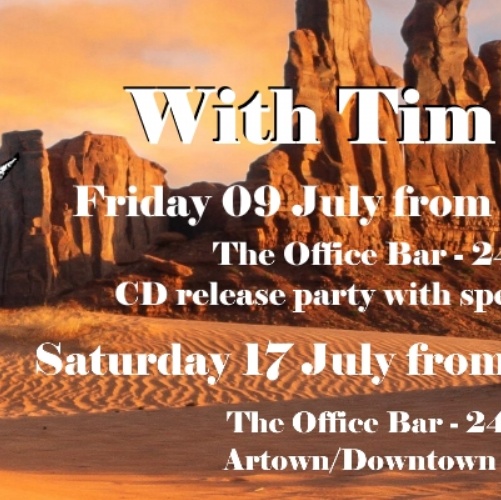